Tags: Companies Act
Reading Time: 4 minutes
Most often, when meeting the expectations of investors, it is thought to distribute profits in the form of cash dividends. However, the definition of a “distribution” in terms of the Companies Act, 71 of 2008, as amended, is much wider than a mere cash dividend. 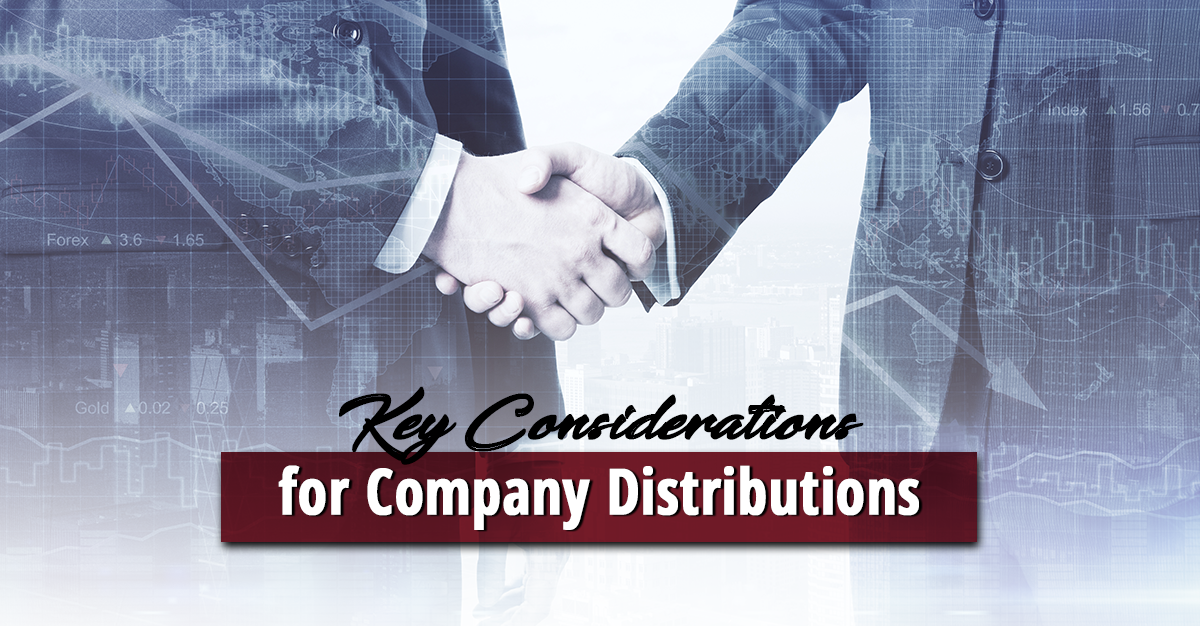 Before making a distribution, we need to understand what a distribution is. To better understand the concept, we can break down the definition as defined by the Act into three categories, namely the direct or indirect:
The first category may seem straight forward but is extended by the Act to include dividends in cash or otherwise, payments in lieu of capitalisation shares, share buybacks and dissenting shareholder appraisal rights.
The second category includes lending money, guaranteeing a loan or other obligation, and securing any debt or obligation. This is largely targeted by the Commissioner and may attract dividends withholding tax if not treated correctly.
Lastly, forgiveness or waiver by the company of a debt or other obligation owed to the company could bear tax implications in the hands of the creditors and debtors depending on the circumstances around the waiver of debts.
The above categories are further augmented by the definition of the Act, by including distributions being made to any company within the same group of companies. However, the definition of a distribution does not include any such actions referred to in the above three categories taken upon the final liquidation of the company.
So, when can a distribution be made?
Before a company can make any proposed distributions, there are a few requirements that need to be met. These requirements are laid out in Section 46 of the Companies Act:
Should a proposed distribution not be concluded within 120 days after adopting the resolution passed by the board of directors, the company will have to reconsider the solvency and liquidity tests again and such distributions may not be concluded until a new resolution has been adopted by the board of directors.
If the directors of the company do not follow the requirements laid out by the Act when proposing a distribution, the directors themselves could be held liable for any loss, damages or costs sustained by the company as a direct or indirect consequence of the director failing to vote against making a distribution.
The Act deals with a wide variety of transactions that could be defined as a distribution by your company and is carefully regulated.
At MMS Group, we are well equipped and readily available should you wish to obtain further understanding of a transaction you feel could be regarded as a distribution or if you require assistance in concluding such distributions.

“We would have financed your business, however…..”

You have made the decision to apply for business funding and launch into the application process. The seemingly endless pile of paperwork required to work through the application is...

Directors could be subject to criminal sanctions like fines, jail time, and even disqualification from serving as a director in future, if they have failed to perform their duties....

Lying on your CV, here’s what you need to know

Qualification fraud is on the increase in South Africa, according to recent research performed by a reputable background screening company. The most prevalent type of misrepresentation...

Let us assist you with: